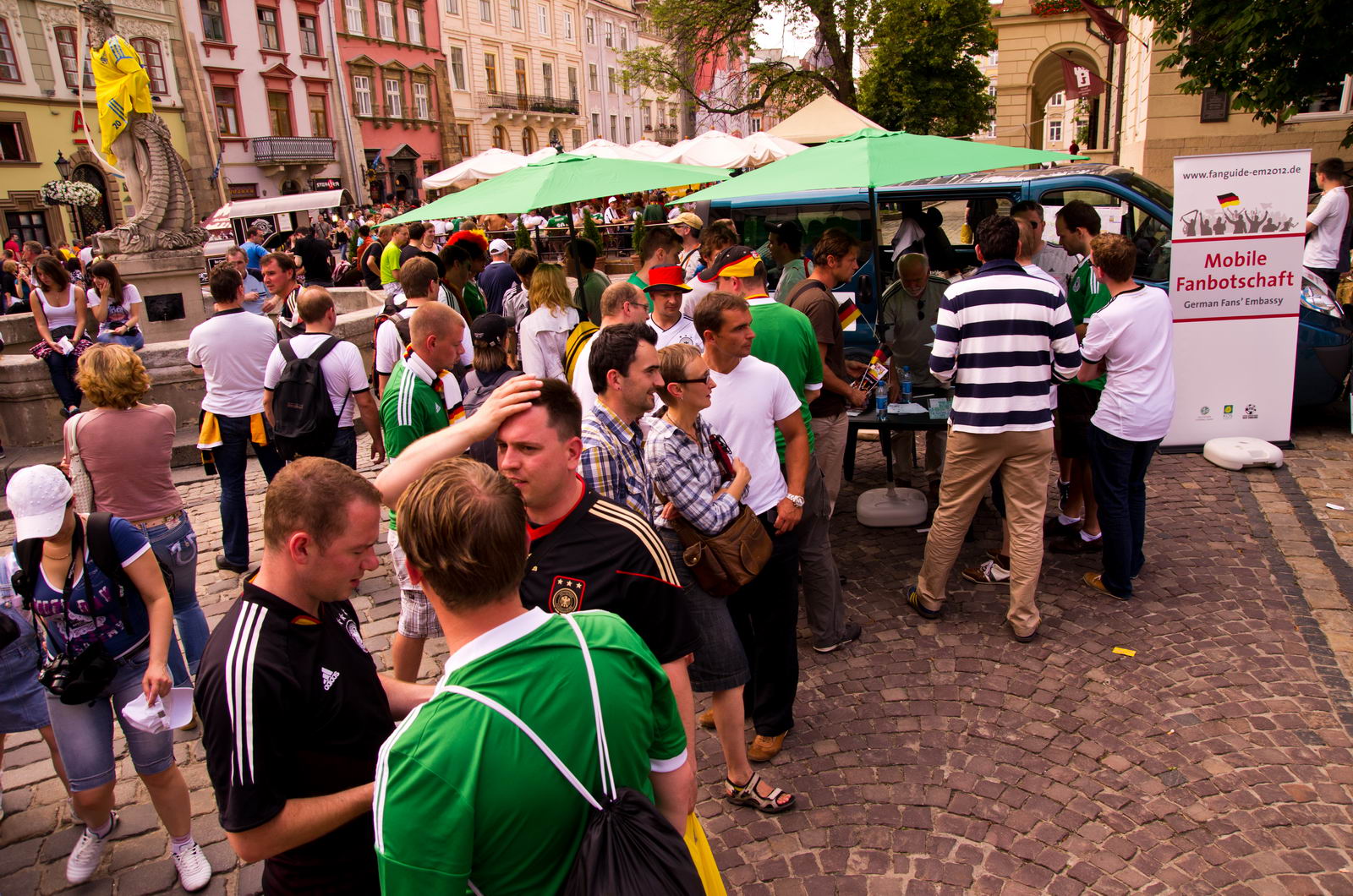 What is a Fans’ Embassy?

The essential features of a Fans’ Embassy service are the provision of accurate, reliable, up-to-date, independent, and objective information on any matters of interest to travelling fans.

Fans’ Embassies also provide information that is tailored to the specific interests of fans, such as the (inter)national fan culture and alternative activities in host cities. Fans’ Embassies provide help and assistance in case of emergency (physical violence, theft, etc.) and can be addressed as mediators in conflict situations.

Fans’ Embassies are not a tool of the authorities or the police. However, experience has shown that the presence of a Fans’ Embassy service, with its provision of accurate information and promotion of goodwill between fans’ groups, can help to reduce feelings of insecurity and exclusion among fans, thereby contributing to a reduction in tensions that can lead to violence.

A Fans’ Embassy should be an independent centre for fans, by fans, which means that its work should under no circumstances be connected to commercial goals, companies, or (football) organisations, nor should it be linked to any type of political ideology or organisation.